For some, St. Patrick’s Day is a holiday best recognized for its' celebratory parades, green beer, and ‘kiss me, I’m Irish’ T-Shirts. However, the holiday had quite a different purpose when it first originated. Throughout this blog we are going to go back in time and learn a brief history about St. Patrick’s Day and take a look at how marketing has transformed the way it is celebrated across the world. 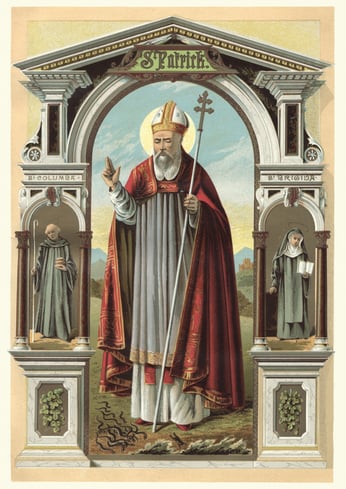 Who was St. Patrick?

Living during the fifth century, Saint Patrick was the patron saint of Ireland. He was born in Roman Britain and at the age of 16 he was kidnapped and taken to Ireland as a slave. After escaping, St. Patrick became a priest and returned to Ireland around 432 CE where he was quite successful in bringing Christianity to the culture. By the time he passed, on March 17th 461, St. Patrick had established multiple monasteries, churches, and schools.

St. Patrick’s Day originated as a day to celebrate the life of Saint Patrick. Celebrations traditionally included religious services and feasts. However, legends about St. Patrick continued to evolve, even centuries after he passed, eventually changing our understanding of the holiday.

The legends and myths about St. Patrick are ingrained in the Irish culture. Perhaps the most popular legend is how he used the shamrock (native 3 leaf Irish clover) to explain the Holy Trinity. Another infamous tale is that he drove the snakes out of Ireland. Legend has it that St. Patrick stood on an Irish hillside and banished snakes from the country, however, according to Ireland’s fossil records, there is no sign of snakes ever inhabiting the area.

It was the rest of the world, especially the United States that is credited with transforming St. Patrick’s Day into the celebration we know today. The extravagant celebrations started with large annual parades that were held in cities with a large Irish population, such as Boston, and New York City. In 1848 New York City became home to the largest St. Patrick’s Day parade, and today it draws in a crowd of around 3 million people.

How has marketing changed the way we celebrate St. Patrick’s day?

Soon enough, parades became more extravagant, stores began selling St. Patrick's Day apparel and restaurants decorated for the occasion. As St. Patrick’s Day became recognized and celebrated across the globe, it created an opportunity for businesses to use marketing campaigns to capitalize on the holiday.

For example, the city of Chicago has coloured its' river green every year since 1962 to celebrate the holiday. Knowing this, Chicago advertising agency, Leo Burnett, partnered with McDonalds to create a massive Shamrock Shake display that cruised up and down the Chicago River, creating an illusion that the shake was dyeing the river green. 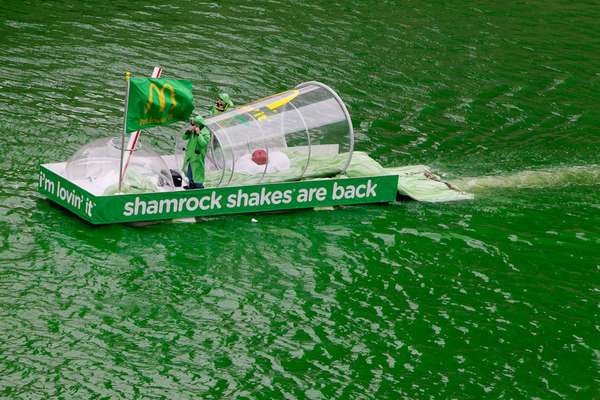 Enjoying a pint of green beer is another common way to celebrate St. Patrick’s Day, however, this tradition is not Irish at all, but rather, American. In an effort to make celebrations more festive (aka "more green"), green beer was born, and the drink has since become a St. Patrick’s Day staple for many.

Unlike green beer, enjoying a Guinness is a longstanding St. Patrick’s Day tradition in Ireland. This tradition has reached the rest of the world thanks to creative marketing and advertisements from Guinness. The latest Guinness ad that began on Feb 16th features a group of bar patrons celebrating and singing along to “Can’t Take My Eyes Off of You”, encouraging consumers to celebrate St. Patrick’s Day together again, after a long 2 years apart. After a significant drop in sales due to the pandemic, this new ad hopes to support their 2022 rebound.

The evolution of St. Patrick's Day is a perfect example of the power of marketing. If you are not already actively using marketing, you could be missing out on big opportunities. We'd love to talk about how our marketing services could help you reach your business goals, send us a message today!